Who Are the Members of a Video Production Crew?

In the age of social media, videos are everywhere!  If you have ever tried to create video content, you’ll have an idea of how complicated the work entails if you want to produce one with excellent quality.  Did you know that there are a bunch of roles and workers to create a video?

What makes up a small-scale video production?

You can find the following people, each holding a unique role in regular video production:

Read below if you want to learn more about the key members’ roles.

The producers are considered unsung heroes of the world of films. You may hear a lot about the directors, but it is the producer who has been involved in a video project from start to finish.

It is the producer’s role to coordinate every aspect of the project. They are responsible for searching for the key team members. From the director to the talents and scriptwriters, they are often the ones to hire them. Managing the finances also rests upon their shoulders. They ensure that scripts and storylines are briefed during shooting and that the crew is organized in specific locations. Finally, they oversee the editing of the final video.

You can say that the video producer holds the key to the mint. It is their job to ensure that a project is completed on time, spending within the budget and that the visions for the film are fulfilled. 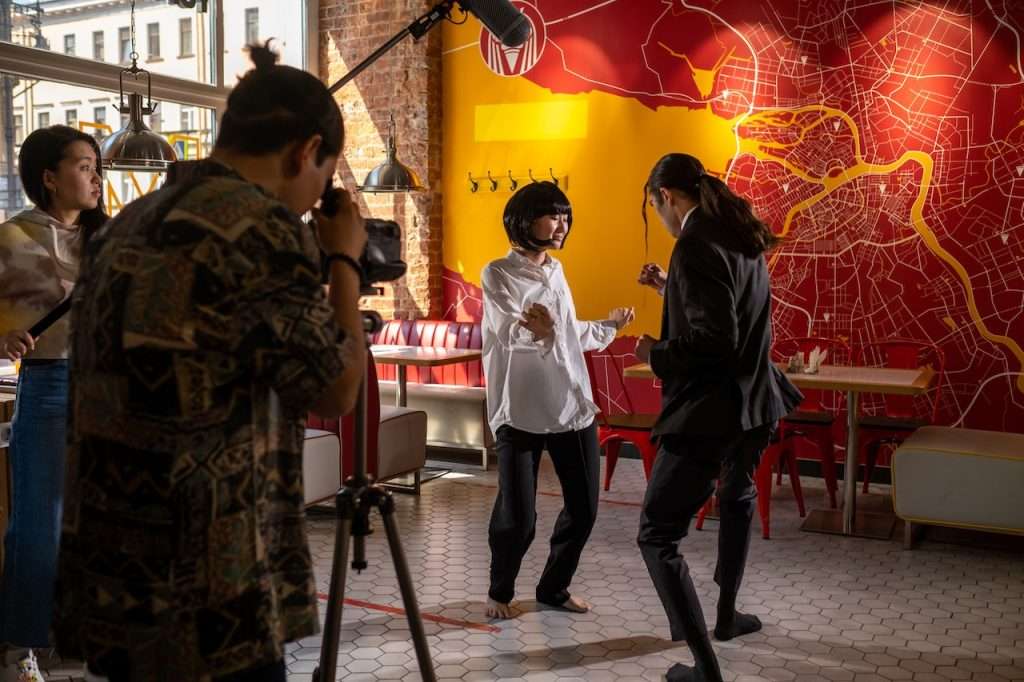 Most people in the broadcasting industry have started as production assistants. Also known as the runner, the production assistant works closely with the producer. It is a vital role that comprises the heart of all productions. Perhaps, it is the least glamorous role, but it plays a crucial part in completing a project.

The production assistant does anything and everything necessary to facilitate production. They organize the movement of props, copy and distribute the scripts, answer phones, talk with different locations, and even pick up and deliver food to the other members of the crew.

Like the producer, production assistants work from start to finish of the project. They have unbridled access to all the processes and ensure that the administrative part of their jobs never bogs down their boss.

More prominent in large-scale productions, the production managers help organize the business, finance, and employment issues in video productions. They make sure that every aspect of the show runs smoothly during filming.

Their duties include ensuring to meet schedules, helping to manage the budget, keeping the production team organized, and updating everyone about insurance, health and safety rules, copyright laws, and union agreements. Production managers report all these to the producer.

Directors are the creative arm behind all of the filming. According to their creative judgment, it gives a video its style and flair. Probably the most popular crew, they have the final say regarding where the project leads. With prominent names in the industry nowadays, viewers are sometimes swayed by whether they would want to see a production or not based on who’s directing.

In video production companies, the director’s style will be based on their client’s preferences. They are responsible for placing their creative direction into the shoot while trying to achieve the client’s given theme, content, and delivery.

Seasoned video directors can deliver projects that exceed their stakeholders’ expectations. In addition, they put a dash of their creative flair, which is the final ingredient to raise their project’s status from good to great.

Videographers and camera operators are similar. These people capture footage to use for several purposes. Their difference lies in the size of the production they are in.  Some of them are designated to record and document the “behind-the-scenes” parts. At the same time, others work at the forefront of and main events of the project.

They have to capture everything that the director and editor require. They operate a camera setup that can work with changeable locations and different weather conditions. In their bag are an endless supply of batteries and the latest video-capturing equipment.

More than simply operating a camera, videographers and camera operators can offer their creative takes and a whole recording package in a unit. Because of this, they are the most critical member of a documentary film crew.

Video editing is the art of putting together shots into a coherent sequence. It is a technique and practice of assembling frames into an appealing order. Often regarded as a silent art in the film industry, editors have the power to make or break a project.

After shooting and doing everything, the rest of the creative assets are at the editor’s disposal to include in or omit from the narrative. Upon their shoulders rest the expectation of the rest of the team, from the clients, producers, actors, and directors to the viewers and other spectators of the project.

Video editors become good through experience and training. With the advancements in digital technology, they need to be adept at the complex editing processes while ensuring not to lose their creative insight.

The editor does most of the leg work of placing frames in a coherent and tasteful manner. However, they must also be in jive with the producer to ensure meeting the theme, message, and expectations of the project’s stakeholders.

All other video production crew members work together toward a common goal. Although their roles might vary depending on the production size, technology, and audience preferences, the core components of producing a quality video have remained the same over the years.  Whether the production is big or small, the crew’s roles have remained consistent and proven effective in the industry.

BA Productions Group, LLC offers high-quality video production. We have over 25 years of extensive experience in the broadcast industry and have received multiple awards for our video production services. For your professional videography and photography service needs, you can trust our crew to help you with your personal or business projects.