What Is the Purpose of Video Editing?

What is video editing? Video editing is the method in which you will apply some changes to the sequence of the shots and scenes in order to produce a whole new outcome. Sometimes it can be as simple as joining together various shots and scenes. But there are times that this job can be complicated.

For instance, you might want to add audio, computer-generated imagery (CGI), or combine various elements. These things will take time to accomplish. Sometimes it would take lots of years. Consequently, it will also require lots of money and manpower. This is usually the case if you are editing a movie with a large budget.

What Are the Common Tasks Involved in Video Editing?

Video editing includes several tasks, however, the most common ones are eliminating the unnecessary footage or removing some elements from the scene. You also need to review all the shots and footage, then choose the best ones that will be included in the final outcome. Another important task is to make sure that the scenes coincide with the flow of the narrative. Most importantly, as a video editor, you will be the one who will add the filters, effects, and other elements.

Video editing is a significant part of post-production. In order to produce a particular scene or sequence, you need to put together some raw footage of different shots. The length of time it will take for this process to finish will greatly depend on the specific project. When we are viewing a motion picture, most often it is hard to notice that some video editing is done, most especially if we are too captivated by the final outcome.

Why Video Editing Is Very Important? 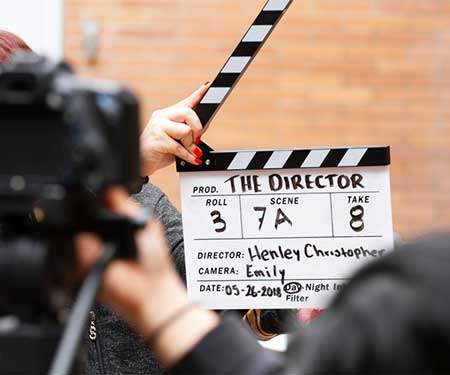 For some projects, video editing is considered as one of the most important parts. This is very essential since it provides a chance for the filmmakers to remove those unnecessary portions of the motion picture. Additionally, the audience will enjoy watching the film since they can follow the narration from the filmmakers.

How Video Editing Is Done

When editing a film, the editor will gather different shots to create a sequence. Afterward, these sequences will be combined together in order to generate a film. The art of video editing will provide a chance for filmmakers to narrate the film in any sequence that they want. For instance, the filmmaker might decide to put the shot from the beginning of the film at the end of the film. This can easily be accomplished by editing the film.

Usually, shots come in various lengths. With post-production editing, the filmmakers can still make use of these shots regardless if they have different lengths. Most of all, it won’t have an enormous effect on the film. Using several shots in rapid sequence can generate an intense feel and suspense. 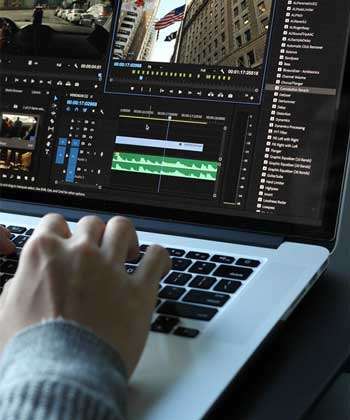 With the emergence of modern technology, editing is not just about gathering together different shots. Now, the editor will be able to add some filters or other enhancements during post-production. Additionally, they can generate transitions between shots.

Here are some examples of various transitions. This can help you understand the various types of transitions and how they are being used.

When comparing two different subjects, the editor will make use of a contrasting shot. A good example would be a clip of a person dreaming of lovely flowers is suddenly followed by a clip of the same person inside a burning house. The opposing subject of peace and turmoil was greatly emphasized by the sudden transition. This outcome would not be possible if there was a gradual transition between the two scenes.

Another type of video editing is the L cut. In this process, the audio is reduced while the video is being played at various times. For instance, you might hear the voice of the person before seeing them on the video.

A perfect example of good editing is the last part of the movie, The Good, The Bad and The Ugly. In this scene, suspense is intensified by using good shots of the three main characters. In order to make the audience more engaged, the shots are being run quickly.

The scene is additionally intensified by the music being used in the scene and this was achieved through editing. The scene starts with a distant shot of the characters then suddenly it was changed to a close-up shot. This sudden transition is very important to the scene since it presumes that the scene is going to be more personal.

If you need a crew for your video production, then you should choose BA Productions. We are an award-winning video production company that provides video production services to public and private agencies. For more information about our services, just call us at 877-378-7225.