What Is Included in Video Production Services?

When investing in video production services, it is important to know what you are paying for. Video production services could include more than what you have realized. When making videos for commercial purposes, there are plenty of elements that are involved, making it a bit more complicated.
That is why it is important to find a reliable production company that is capable of managing the production crew, writers, actors, editors, etc., throughout the entire process, starting from pre-production to post-production. If you can find a reliable production company that can handle everything for you, then you can get the video that you are looking for.

How to Prepare for Your Video

Before the production starts, a lot of preparation and research is required. It will depend on what is the concept for your video. Perhaps you already have an idea of what your video would be like. However, the video production company still needs to go over that concept to figure out if it is feasible or ideal. This might require lots of brainstorming, research, and planning.

The next step is to look for the best locations where the shooting will be handled. Locations are one of the most important aspects of making your shoot successful, especially for the more complicated ones. The traffic, weather, and other elements should be considered. The video production company will have to determine which are the ideal and most affordable sites for your project. A realistic option to consider would be to reduce the script to specific locations.

During this time, scripting will start. A professional scriptwriter plays a significant role in video production, specifically for complicated productions. If the script is not well written, then even if the video is well made, it may not look polished. As the script is written, the production company will start to find a director, actors, and a studio.

The equipment that is needed will be prepared. The schedule for the shooting will also be planned. In case special gear will be needed, then it will be acquired and prepared. There will be some test shots to be done to ensure that everything works well, from the gear and location to the director and actors who are involved in the production.

At the same time, the director and the producer will probably be discussing the music or any type of audio that will be used for the finished product. This is often done during post-production, but others prefer to do this during the planning stages.

In case the shooting is not done in a certain location, then a set will be constructed. This will be done during the pre-production stage. When creating these sets, designers, engineers, and other experts will be needed. During this time, the video production company should coordinate accordingly with the clients to ensure that this is what they desire. Before the production actually starts, sometimes there will be changes to the scripts, actors, and equipment. Once the production has started and filming is underway, then it will be more difficult for the production team to make changes.

Even before the production starts, there will be significant expenses, such as travel costs. The production crew and the actors will have to travel to the location of the shooting. Travel expenses include gas, parking, airfare, travel meals, hotels, baggage fees, etc. During the pre-production process, the production company is looking for the most affordable way of transporting their gear and talent to the location. However, there will always be some limits on how much they can save. Equipment, in particular, is heavy and delicate, making them very costly to ship.

The producer and the director will be working together to make sure that everything is going well on the production. All the staff including the sound producers, assistants, grips, etc., must work together to ensure that they can produce the highest quality of video and audio. Although there will be post-production work after the shooting is done, the post-production staff can only do so much. It will be up to the production crew to make sure that they can produce the best material.

Wardrobe experts, as well as hair and makeup artists, are also important in preparing the talent. It is necessary that the hair and makeup of actors must be done perfectly so that it will not distract from the video.

The rate of the talent may vary and this will usually depend on the requirements of the production. For extras, the rate may not be very expensive. But for talented actors and actresses, the rate could be more expensive. Sometimes, voice-over artists are also needed.

When shooting on location, it is essential that the production will have to be set up. Setup will require some time since the props will be placed in their proper places. Unfortunately, preparation cannot be done in advance, except if the sets are being built. Sometimes permits, location fees, and other charges might be necessary. Insurance may also be required.

When the shooting is done in a public area, then the production might be required to pay for the traffic redirection or for security. Catering services should be arranged for the talent and the production crew.

When the shooting starts, most of the costs will involve the daily expenses of the talent and the production crew. If the pre-production work was accomplished properly, then there likely won’t be any additional costs and the production will be done within the allocated amount of time. However, if there are some complications, then the shooting could likely last longer, prompting the need for further budgeting. That is why it is important that there should be a buffer for unexpected costs.

One of the key issues that can greatly affect production is the weather. When the shooting is done outdoors, then it will be halted when it starts to rain. As a result, the production will be delayed for hours or days. The production could get more expensive since the crew and the talent will still be paid.

Furthermore, the production could run longer if there are some changes that need to be done. For instance, the client might not be happy with the script or they made some changes to the location, or they want to change the talent. This will not usually occur during the shoot. If it does, then further planning will be required and can cause the production to last longer.

What Happens After the Filming Is Finished? 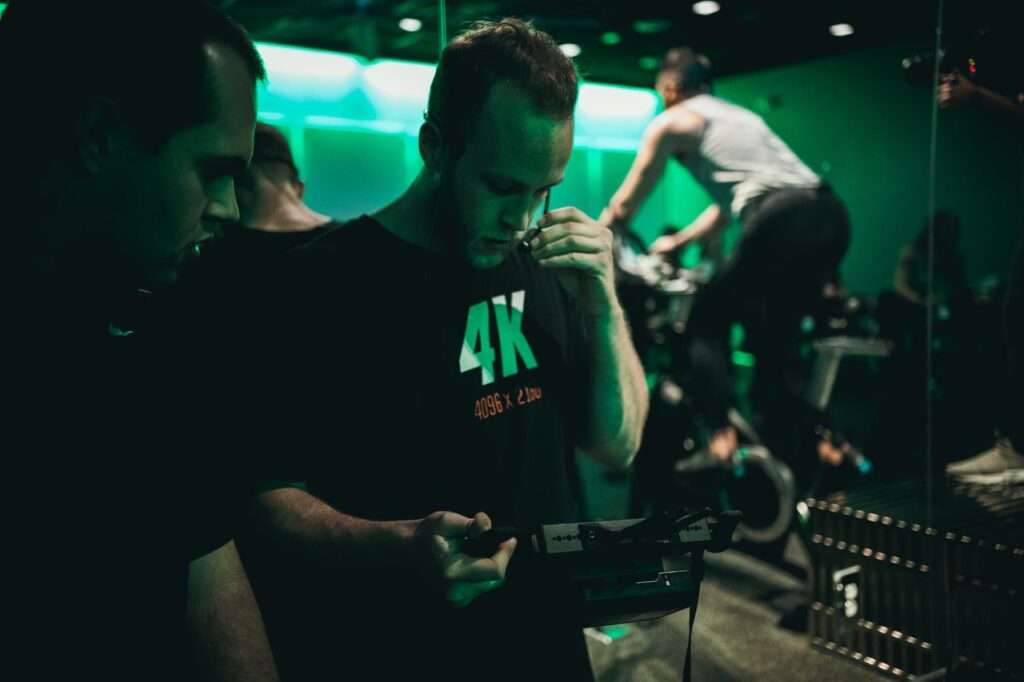 Once the filming is completed, the production crew will now start wrapping up. The sets will have to be torn down, equipment will be shipped back, and the shooting area will be cleaned up. The editors will make some corrections to the color and other visual issues. There will likely be some production elements that need to be removed. The video will be put together based on the pre-production storyboarding. The arrangement of the scenes will be changed by the producer, director, or based on the request of the client.

Editors could choose to add post-production graphics, including computer-generated images or overlays. During this stage, the editing team will be showcasing their creativity. The director will get involved with the editing process to make sure that the video retains its original concept.

Aside from improving the visuals, the editors will also work on enhancing the audio. The audio should be edited and cleaned up. Sometimes there are situations wherein a dubbed is needed. If the video requires a narrator or a voice actor, then this is the ideal time that their lines will be recorded, not when the production is going on. This recording also needs to be cleaned up before it will be synced to the video.

During this time, some sound effects will be included. Sound artists will try to imitate the sounds that are needed on the video. They should be careful in syncing these sounds to make them sound more natural and should match the audio with the actions on the screen.

Once the post-production process is done, the video will be reviewed by the producer and the director. After consulting with a test audience, the video can be further modified. The scenes could be reorganized, and some scenes and narration can be added. In critical situations, some scenes might be entirely re-shot, which can increase the cost of the overall project.