Tips for Filming Your Marketing Videos 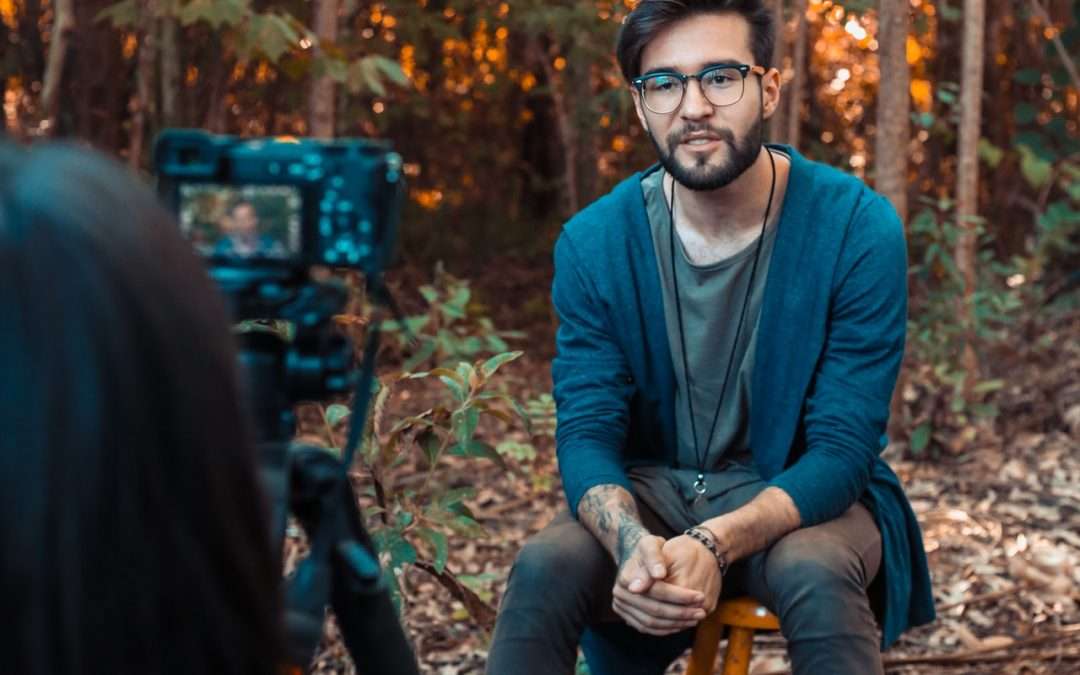 Improving your company’s video marketing game can be intimidating with so many things to consider — from equipment and lighting to optimizing audio and editing software. The good news is that the cost of editing software and equipment has dropped dramatically during the past ten years. Now is the best time to start creating your own marketing videos.

Here are some tips on how to navigate the planning (pre-production) and production stages.

Take note that these tips are applicable to both traditional videos and live videos.

Keep in mind that the perfect marketing videos don’t just happen. Most often, they are the outcome of precise planning and preparation. Before getting your equipment ready, you need to create a storyboard first. This helps you figure out what shots you require before you even start filming.

You don’t have to create an amazing masterpiece for your storyboard. The fact is, there is no need for drawing at all. You can simply use stick figures, rough sketches, or even still photographs for your storyboard. Just choose which one is easiest for you. The most important thing is you know what are the shots that you need and lay them out on a timeline to get a feel for the flow of the video scene by scene.

Keep in mind that the more time you allocate for planning your marketing video, the fewer chances of you missing some footage later on.

Ensure that your presenters understand what is expected of them so as to reduce any mistakes or wasted time during the day of the filming. You should have a clear idea of what the finished product should look like before going to the filming location. At the same time, your subjects must know what they are doing.

Additionally, as much as possible do not let your presenters memorize several pages of script. Keep in mind that they might not be professional actors, and asking them to do the impossible can result in anxiety and mistakes. Give them some freedom to ad-lib and get the core message across.

Understand What B-Roll Footage You Require

What is B-roll footage? Basically, this refers to any footage that is not your main subject. For instance, if you are shooting an explanatory video focusing on your software product, your B-roll footage could include shots of satisfied clients using your product. Whatever footage you require, you need to determine this during the pre-production stage so as to avoid instances in post-production where you realize you require footage you don’t have. Keep in mind that there is no such thing as an excessive B-roll. To be on the safe side, film more than you think you might need.

If you require shots of something that is impossible within your budget to film, like aerial shots, you can make use of your stock B-roll footage instead. You might be surprised how versatile these shots could be for the end product.

Composition is critical, whether you are taking photos or shooting videos. What is composition? At its most basic, composition refers to the way the shot is framed. Whatever you are shooting, your subject should be properly arranged and positioned in the frame of your shot.

Apply the Rule of Thirds

Whenever you are capturing anything on camera, always consider the rule of thirds.

What is the principle behind this rule? Imagine dividing the screen of your shot into a 3×3 grid with nine parts created by two horizontal and two vertical lines equally spaced apart.

Take note of how the main subject is positioned such that two of the points on the grid (also called the anchor points) intersect. The purpose of this is to attract attention toward the main points of interest in the image. Naturally, the viewer’s eye will drift toward the top-left anchor points, and most people will spend more time in this area compared to other portions of the shot. That is why it is only logical to position the important element of your shot in the major area of interest, for instance, the face of the subject.

Using the rule of thirds can be considered standard composition. It may be simple in theory and invisible to most untrained viewers, yet if done well, it will be easier for the eye to track, giving you a more pleasing shot. 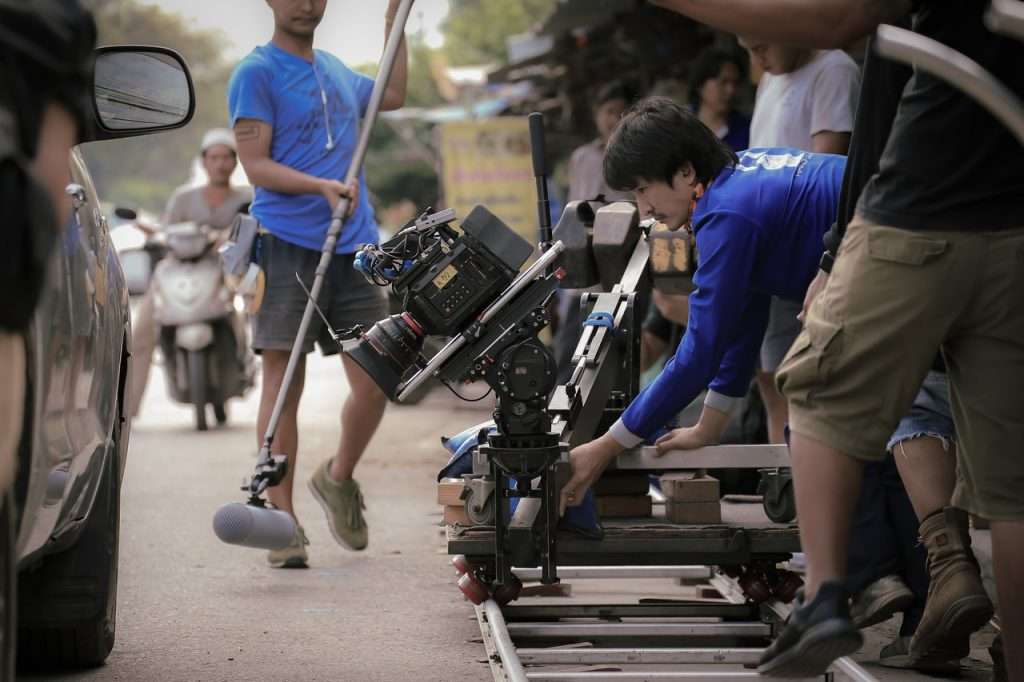 The rule of thirds is applicable to all kinds of shots, including establishing shots of landscapes. The horizontal lines are an excellent guide since it indicates where the horizon line of the shots should be. Consequently, it is the perfect place for placing your subject.

When the rule of thirds is used on landscapes, the upper part of the two horizontal lines shows you the perfect horizon point of the shot. This is usually the result that you want to achieve, so you should not consider this as a hard-and-fast rule but rather think of it as a guideline.

Most cameras allow you to overlay this grid using your viewfinder. As a result, it will be easier for you to compose your shot while filming. Regardless of how you frame your shot, be sure to always consider composition, particularly when you are setting up your camera.

There are a few things that could destroy your marketing video and one of them is if your shot is either too dark or too light. Even if you can adjust the brightness and contrast of the image during post-production up to a certain point, it is much better if you can get it right on the moment of filming.

With regards to the lighting in videos, the “temperature” in different types of light varies. Degrees Kelvin (°K) is used in measuring these color temperatures. You should understand that combining two light sources with various color temperatures can result in an uneven light on your shot.

For instance, you choose to film an explainer video set indoors. The room is primarily lighted with fluorescent lights; however, there is a large window where the natural light enters. If you choose to place the subject near the window, you might encounter a contrast in the light sources. The fluorescent light has a temperature of about 4500° K, while the daylight temperature is approximately 5600° K. It is quite difficult to compensate for this type of conflict.

Wherever you choose to do the shooting, it is important to make sure that the primary light source is consistent and even. If you are shooting indoors, try not to film in rooms with windows. If this can’t be avoided, try positioning your subject away from the windows in order to prevent the daylight from interfering with your shot. 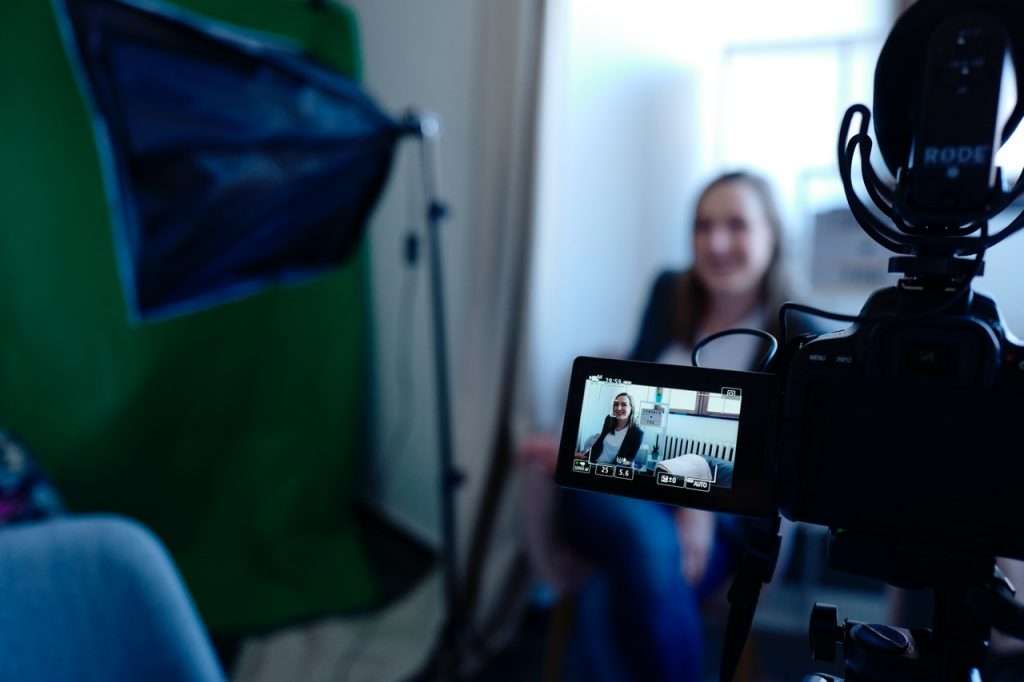 After knowing that different light sources have varying temperatures, you need to consider these temperature ranges when adjusting your camera’s white balance manually.

In this process, you are simply showing the camera the appearance of true white in an environment to prevent color casting. Although there are some cameras that feature auto-white balance, it is strongly recommended that you should learn how to set it manually. In this way, you won’t be relying on your camera to achieve a correctly color-balanced shot. Refer to the instruction manual of your camera in order to learn how to do this.

In trying to achieve the effect you want, take the shot using the proper white balance and make some adjustments to the color during post-production.

Try Not to Spotlight Your Subject

Avoid placing your subject in direct light, except if you are shooting a Broadway musical. Intensifying your primary light sources can extinguish the brightness and contrast of your shot. As a result, unflattering reflections will appear on your subject. There are different types of lighting techniques and each of them can be used for achieving a particular effect.

If you are using professional light equipment, ensure that your shot is evenly lit. You could use a diffuser or a reflector to reduce the shadows or harsh spotlighting.

Examine the Acoustics of Your Location

It is recommended that you verify the acoustics of the location where you will be filming. If you discover that there is an echo, try to find another place to shoot. Although audio problems can be fixed during post-production, an echo, even a faint one, can be hard to eliminate completely.

You don’t have to soundproof the room — however, if it is possible, go for it. When it comes to choosing your film site, be sure to consider the acoustics of the location. This can save you a lot of headaches later on.

No matter how experienced your presenters are, they can still make mistakes. The last thing you want is having to take a single shot of the vital part of your marketing video. Be sure to take several takes of each scene on the day of the shooting even if nothing goes wrong with the first This is invaluable in case there is something odd with one of the takes. It gives you the chance to edit from numerous clips of the same sequence rather than having to depend on only one.

Looking for professional help? BA Productions Group, LLC, can help you in video production. We cover different types of projects such as advertising videos, branding videos, documentaries, educational videos, and so much more. If you need a crew, contact us at 877-378-7225.