In the production industry, dynamic range is a factor that measures the difference between the darkest and lightest points that a camera can capture. In a nutshell, this is the amount of visual detail that can be seen in the light and the darkness.

In the digital age, the value of the dynamic range, or DR of your camera is higher than ever. For the untrained eye, it seems as though the higher the DR of your cinema camera, the better, but it is important to understand the implications of the DR value of your camera.

Dynamic range is measured by something called “stops”. In technical terms, a stop is a measure of your camera’s exposure that related to the doubling or halving of the amount of light that your camera captures.

For example, if you need to increase the exposure of the shot by one stop, then this means that you’re going to have to capture twice as much light compared to the previous shot. In relation to your camera’s dynamic range, the more stops your camera is capable of, it is expected to be superior to cameras with a lower dynamic range.

However, you need to be aware of how the DR is measured in a camera and why you shouldn’t rely on this number alone to tell you about the quality of the footage taken using a camera with a high dynamic range.

When a manufacturing company measures a camera’s DR, they use DSC Labs’ charts to test for reference, because it tends to make their dynamic range values look more impressive. However, some companies tend to overinflate the value of their DR by incorporating “gravy stops” into the final value.

You may be wondering what gravy stops are, in light of the previous point. According to Art Adams, a Cinema Lens Specialist from ARRI, when a camera manufacturing company provides the DR value of their cameras in stops, they may choose to include “gravy stops” into the final number to make it seem higher.

However, you should understand the difference between “paycheck stops” and “gravy stops”. Paycheck stops are the important, final stops that you see in the final shot. On the other hand, gravy stops are the stops where detail may be visible, but it’s practically negligible. They’re nice to have, but whether you have them or not, this won’t really affect the final outcome of your footage. Gravy stops are usually added into a camera’s DR value to make it more impressive.

While you can technically see details here, it doesn’t really do much for the final shot. These gravy shots are also known as marketing stops because while they can be seen in a lab when you test for them, there’s not much you can use it for. In the end, they can just be used to make the DR value more impressive while adding nothing to the final product.

What Does This Mean For Me? 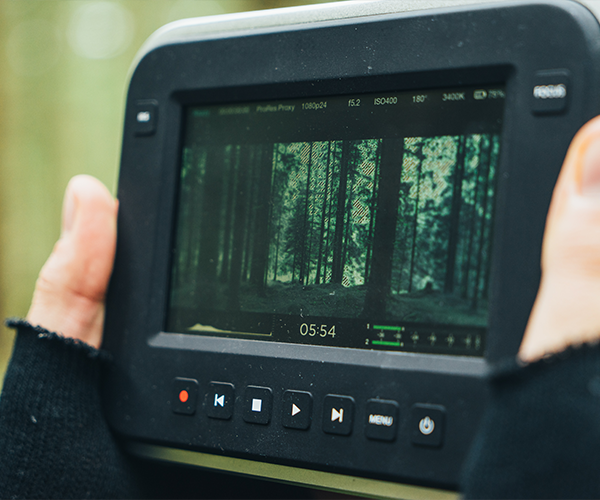 As a client, what does this all mean for you? When you choose to work with a video production company, you should be wary of companies that focus on the quality of the cameras that they use in your video without talking about the quality of their video content.

DR values on a camera don’t say anything about how well a video production company can tell the story that you want to tell, or how well your target audience will receive your video. Because there is no single standard for how a camera’s dynamic range is measured, it’s important that you don’t focus too much on this. Focus instead on the storytelling skill of a video production company and how well they tell your story using their tools.

Let the audience speak for how well your video is presented to them. After all, at the end of the day, DR and aperture and all of those technical values on a camera aren’t what appeals to an audience, it’s the video that they are watching, and this is something that goes beyond the dynamic range and other measures.

If you’re in the market for a video production company, then BA Productions is the right production company for you! We have extensive experience and our clients are more than welcome to speak for us on the quality of our video work. If you’re interested in working with us, feel free to give us a call at 877-378-7225 and let’s talk about your next video project today!