BA Productions Group, LLC has the experience and the skills that will be necessary for creating video projects that will help reach your target audience and convert your potential leads into clients or customers in the process. In this article, we will share with you the different industries that benefit from using aerial filming services. Keep reading below if you want to find out more information!

What are the Different Industries That Benefit From Using Aerial Filming Services?

Real Estate – Real estate companies have been using aerial filming services to promote their products and services to their clients. Drones can be legally used on a closed set as filmmakers can apply for special legal consideration. Aerial filming gives the target audience the thrill of being in the scene. Using drones for aerial filming has been commonly used because it is more affordable to do so these days.

Entertainment and News Media – News broadcast companies benefit from using aerial filming services because they can easily update their audience with real-time videos without needing to use helicopters and other expensive equipment for aerial filming. The use of drones can show the state of everyday traffic, share real-time videos of high-speed chases, and other important and major events that are occurring in different places.

Drones are small and can get into small and confined areas. Thanks to aerial filming services, more companies can now get more detailed video footage which can go a long way in helping them meet their goals.

Drone technology has become so popular and common today and it has been useful for companies that want to improve their marketing strategy as this allows them to reach their target audience and convert their leads into potential clients accordingly. 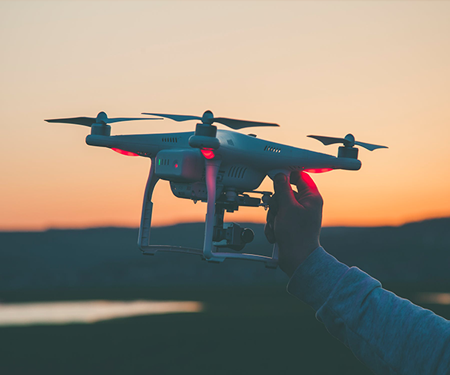 If you need a reliable company that offers broadcast-quality HD and 4K video-based services, make sure to check out BA Productions. We are a multi-awarded company and we have a wide array of clients such as companies, public and private agencies, corporations, and television networks. You can check out our portfolio for aerial film services here.

Our unmanned aerial film systems are equipped with safety features and GPS flight systems. We are certified with the FAA and we are licensed and insured, you will have the guarantee that your company is in good hands. The camera that we use for aerial filming is DJI X5, 4/3rds high-resolution 4K camera, and our drone is a DJI Inspire 1 Pro and it is capable of real-time HD video streaming. All of this equipment works to provide our clients with quality aerial footage to help them achieve their goals.

Are you searching for a trustworthy company that offers video-based services? If you are located in Sacramento California, make sure to check out BA Productions. We have been offering our services to our clients since 1992. If you have any questions or inquiries about our company or the services that we offer please contact us by calling the number 877-378-7225. Please do not hesitate to contact us, we are available 24/, which is especially beneficial if you need a film crew at the last minute. Stop wasting time, book us today! We are looking forward to creating great film projects with you!