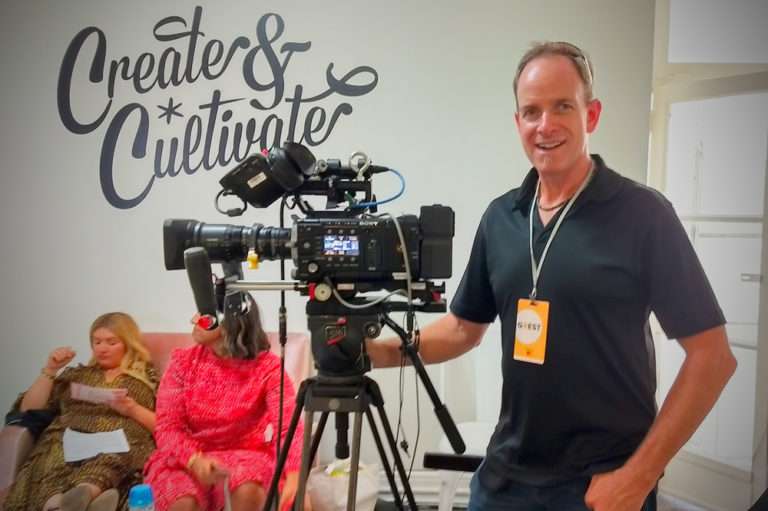 BA Productions’ very own Brendan Compton recently teamed up with Assignment Desk to meet up and talk with Kourtney Kardashian about her business, Poosh. The entire interview took place in a garage-style building where there were several levels of vendors and speakers.

Compton and the crew were able to set up in the makeup prep area to film the interview. For the interview, they made use of a Sony F55 with two Asta 6x light panels. The entire thing was set up to make the most out of the limited space.

According to Compton, the entire thing went seamlessly, and there were no problems throughout the duration of the interview. He quotes in the original article, “Kourtney and her team were amazing to work with. They were considerate to the production crew, and Kourtney was a natural on camera! She was so relaxed and descriptive when answering the interview questions.”.

The entire interview’s audio was recorded with a boom and a stick mic. This setup makes it easier for the footage to be edited with the sound bites. The piece concludes with a quote from Compton talking about his amazement for telling people’s stories and capturing them on film, whether it’s a scripted film or a person simply talking about their passions on camera.

To read about the entire interview, click here. If you want to learn more about Brendan Compton and the work that BA Productions does, feel free to check out the rest of the site or reach out to us today!